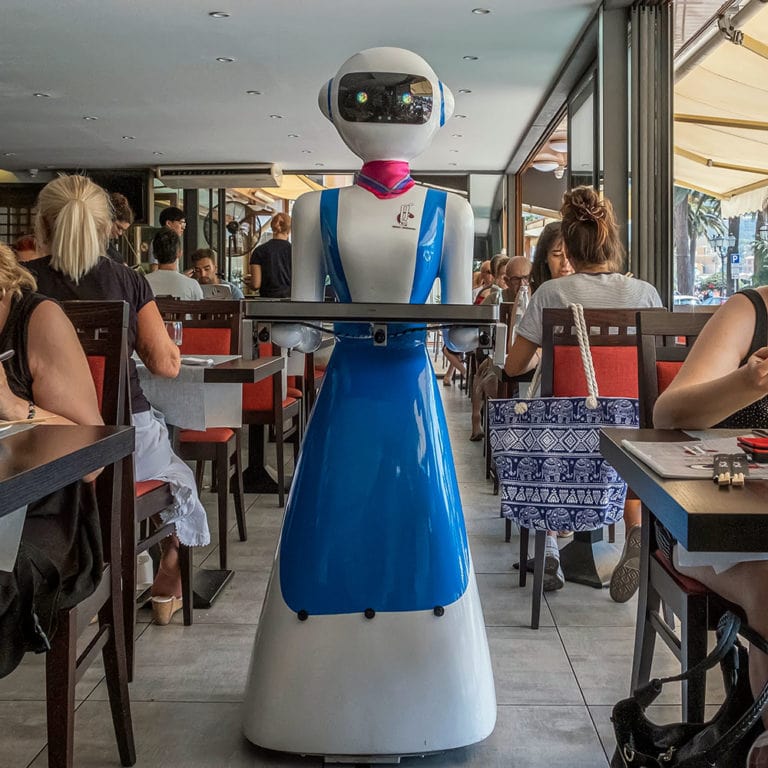 What roles will still be available for humans if AI automates all of our jobs?

Currently, about half of all jobs in the USA are at risk of automation from AI in the next two decades.

This includes the majority of all jobs in retail, food service, construction, manufacturing, transportation, and office work.

However, despite a common misconception, most jobs won’t be entirely automated.

Rather, the bulk of all tasks in each job role will be automated.

However, this one AI-assisted person will now be able to perform the work of several former employees.

This means that we will need far fewer people to perform the same amount of work.

As a result, the total number of available jobs will likely decrease and many individuals will be left unemployed.

So, if this is the case, then what roles will be left for humans after AI has automated the bulk of the work in our economy?

Based on everything I’ve seen so far, I believe that there will be roughly four key roles that will still remain for humans in an AI economy: creating, training, managing, and maintaining AI systems.

However, there will also still be jobs that involve uniquely human skills like nursing, teaching, caretaking, etc. We’ll save these types of jobs for last.

In order to automate physical labor or knowledge work, someone has to build these automation systems. This requires a number of people in various roles including software developers, hardware engineers, data scientists, robotics engineers, and other IT professionals.

An AI systems creator who is automating knowledge work will likely spend their days writing software to incorporate AI capabilities into software applications. This will look quite similar to existing software development roles. However, it will also involve working with pre-trained AI/ML models.

An AI trainer automating physical labor may spend their day working side-by-side with collaborative robots (i.e. “cobots“). We can put cobots in a training mode and then physically show them how to perform the task we want completed. Once, trained the cobot will then complete the tasks as instructed.

Once an AI system has been put into production, someone will need to manage it as it’s performing its various tasks. This will likely involve a human manager overseeing the AI systems and intervening if and when the AI system makes an error, runs into a situation it cannot handle, or performs unethically.

An AI manager overseeing automated knowledge work will likely spend their day monitoring the AI system through various KPIs and dashboards. They will assist the system when it encounters an edge case, intervene when it makes an error, monitor bias and ethics, and ensure that it is running smoothly.

An AI manager overseeing automated manual labor will likely spend their day monitoring the AI system either directly on the production floor or from an office overseeing the physical production line. They will assist the system when it cannot physically complete a task, gets stuck, or encounters an error.

As a side note, I can easily see the title “manager” eventually being the common term used to describe a person who oversees a team of AI systems — rather than a team of humans.

It is inevitable that AI systems will require regular maintenance and repair to keep them functioning optimally. So, there will likely be individuals whose job is to maintain and repair these AI systems.

An AI technician maintaining automated physical-labor systems will likely spend their day doing all of the same tasks as the knowledge-work technician. However, they will also need to physically repair hardware systems, replace defective parts, and tune the machines so that they perform optimally.

Beyond these four roles working with AI systems, there will still be jobs that involve humans working with other humans. These roles involve uniquely human skills that machines are unlikely to replace in the near future. For example, roles that involve creativity, compassion, empathy, strategy, and building trust.

These roles include jobs like nursing, teaching, care-taking, counseling, entertainment, etc. Jobs that simply don’t make sense to automate either because they require uniquely human interactions, they can’t be digitized, they don’t scale well, or because the cost to automate is too high.

Knowing where your job falls on this spectrum will help you determine if your job is likely to exist in our future AI economy.

It’s quite likely that in the near future your job will involve either creating, training, managing, or maintaining an AI system. To learn more, please watch my online course Preparing Your Career for AI.