AI Technology at the World Expo in Dubai 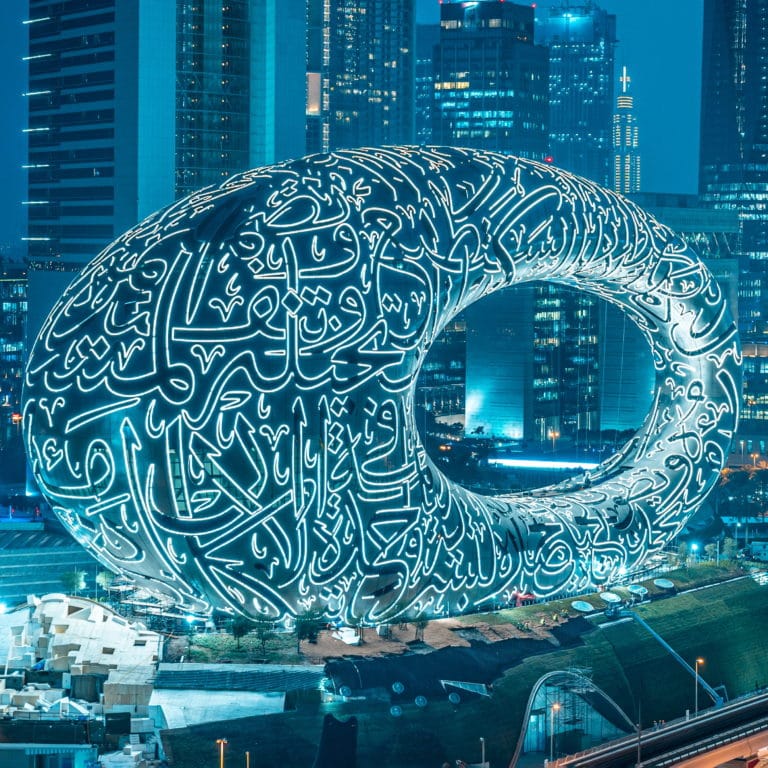 For over 170 years, World Expos have brought the nations of the world together to showcase their technology, culture, and achievements.

Known as the World’s Fair in the US, these international exhibitions have introduced the world to dozens of key technologies that are now a common part of our daily lives.

While these expos have largely shifted from showcasing technology, industry, and culture to “nation branding“, they are still a great place to see new technology in action.

This year, I attended my first World Expo in Dubai. I visited every country’s pavilion — all 192 countries — excluding Iceland and North Korea, who were not present this year.

I saw new technologies, learned about the people and cultures of the world, and I got a chance to see humanity’s shared vision for the future of our world.

You simply ordered the food from the mobile app, the food was prepared in a kitchen, and the robot delivered your order to you. While this worked great most of the time, curious children seemed to be their biggest obstacle and I also had to rescue one that got stuck in a roped-off area.

In addition to food delivery robots, there were a variety of autonomous food kiosks on display this year. We saw an automated cafe that could make you a cup of coffee, a latte, or other caffeinated beverages, just like a human barista.

We also saw autonomous fresh-squeezed orange juice kiosks, other beverage kiosks, and even ice cream kiosks. In fact, the first fully autonomous gelato shop in the UAE recently opened. It can serve 16 different flavors and add various toppings like chocolate syrup and sprinkles too.

I experienced my first grab-and-go store this year at the Dubai Expo. It was a smart convenience store that sold a variety of pre-packaged food and beverages. I provided my credit card on the way in, the store digitally tracked the items I took off the shelf, and it showed me a digital receipt on the way out.

As a side note, I recently experienced my first Amazon Go store in London. It was an entire grocery store with similar technology that tracked every item I took off the shelf (or put back) and charged my Amazon account on the way out.

There were several helpful information robots rolling around the expo park. Some of them were as simple as a rack of brochures on wheels that provided maps to attendees.

However, there were also several other types of robot guides and androids that would answer questions, display maps, provide services, and do a little dance to keep the children entertained.

In addition to friendly robots providing directions and information, there were also security robots performing patrols around the expo park.  Provided by the Terminus Group, these patrol bots use lidar, facial recognition, and thermal cameras to report any potential risks to the expo security staff.

Beyond robots and smart kiosks, there were entire smart buildings on display at the Dubai Expo. There was a smart police station that provides over 60 automated services, which are typically provided by human police officers.

In cases where human interaction was required, the system would connect you with an actual police officer to have a face-to-face conversation over a video conference call.

In addition to the AI-powered technologies listed above, I also got to see several other cutting-edge technologies including a SpaceX Falcon rocket, a Mars rover, and a Hyperloop cargo pod. Surprisingly,  however, I didn’t see any self-driving passenger vehicles at the expo this year.

To learn more about the future of AI, please be sure to watch my free online course: Preparing Your Career for AI.