A Brief History of Data Science 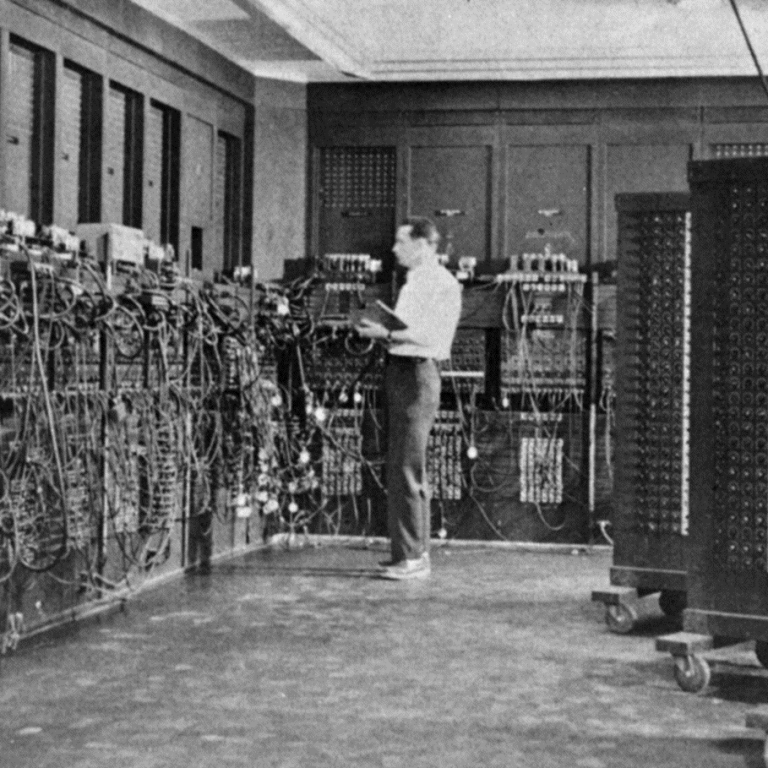 How did we transition from hunter-gatherers to building data-driven A.I. systems? The evolution of data science throughout the major eras of history is actually a rather interesting story.

Humans have likely been using data for as long as we’ve been counting on our fingers. We have evidence of humans carving notches into wood, bone, and stone to count days, lunar cycles, and animals for at least the past forty thousand years.

A few millennia ago, the Sumerians, Egyptians, and Chinese were recording written counts of items, animals, people, and astronomical observations. They recorded these data using clay tablets, papyrus, and parchment, using early writing systems like cuneiform, hieroglyphics, and logographs.

A few centuries ago, data were collected by governments for census and taxation, or by businesses for accounting, inventory, and transactions. Data at this point in history were recorded largely using quill pens in paper ledgers.

In the 1800s, mechanical computers radically sped up data processing and ushered in a new area of data analysis.
For example, the 1880 US census took over 7 years to process and analyze without a computer. However, the 1890 US Census, took only 18 months to complete thanks to Herman Hollerith’s punch-card-based Tabulating Machine.

In the 1900s, electrical computers dramatically increased both data storage and processing capabilities. By the mid-1900s, digital computers allowed us to store and analyze data as bits of information encoded as ones and zeros.

In the 1980s, the emergence of relational databases allowed us to efficiently store and process transactional data. We also saw the emergence of programming languages like structured query language which allows us to rapidly query and analyze data.

In the 1990s, data warehouses, data marts, and data cubes were used to store and analyze ever-larger growing sets of data. We also saw the emergence of data mining to allow us to discover patterns of interest in large data sets.

In the 2000s, big-data platforms emerged to handle very large data sets by spreading data and processing across several computers in a cluster. We also saw the rise of machine learning – training computer algorithms on large sets of data to classify new data and make predictions.

In the 2010s, cloud-scale distributed computing platforms emerged to handle storing and processing of data across thousands of computers in a data center. This decade also ushered in the era of deep learning – training deep neural networks on very large data sets to classify and predict much more complex patterns of data.

As we move into the 2020s, the explosion of data from the Internet of Things is leading to a need for new methods to store and process data. In addition, the demand for modern data analysis has made data science one of the most in-demand professions of the 21st century.

In the next decade and beyond, the field of data science will continue to grow and will likely evolve into data-driven artificial intelligence. A new era of data that will almost certainly change our world in more ways than we could possibly imagine.